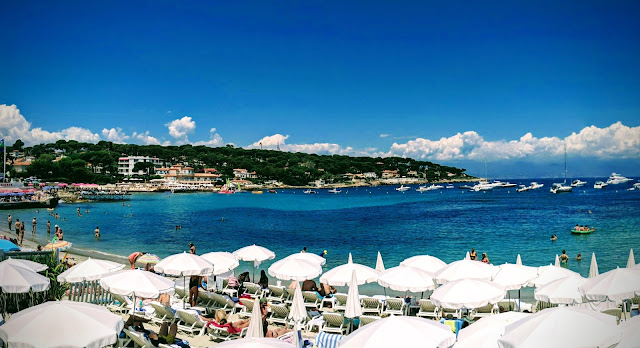 For our Euro summer trip, there was one city I definitely wanted to visit and that was Grenoble, because of all the endless tales I had heard from Sumit about his internship. So, why not visit South France along with this city. We were going to be in Switzerland after our Germany roadtrip. So this was the plan for the last leg of our trip through South France. Its is a comparatively shorter trip, but you could spend more days in each of these beach towns.
Day 1: Arrive in Nice
Day 2: Bike to Monaco and spend the day in Monaco
Day 3: Train to Cannes ->Antibes -> Lyon
Day 4: Day in Lyon -> Drive to Grenoble
Day 5: Bike day in St. Michelle -> Drive to Lyon ->Train to Paris
Day 6: Fly out of Paris

South France was hot when we visited. We were there end of June and it was scorching sun all through our trip. If you love that, this is the places for you, but carry buckets of sunscreen!  Else, you may want to give the shoulder season a try. Perhaps, May or September.

Where all to go:

Southern coast of France is popular for its beaches and the coastal drive. We didn't drive along the coast  but that is always an option. Here is a route that I had picked along the coast.
Nice, Monaco, Cannes are most popular, but there are smaller beach towns which also make for a good relaxed vacation, eg: Antibes, Saint Tropez.
Marseilles is a big city in the south with popular connections to take trains from or fly in to.

Europe is of course well connected with public transport, so you don't need any car unless you want to drive around. Our trip was a mix and match of both. Between cities which were more than 2-3 hours away, we preferred public transport, or else we rented a car.

This was an adventurous day. We had our flights reserved from Geneva to Nice at about 6 pm. Around 3 pm we get a message from our airlines that our flight has been cancelled, and they won't reschedule us, but simply refund the money. We were both in Lausanne that time driving from Zurich to Geneva. We had no idea what to do now. There were no flights, or trains available for the next two days. Everything was completely booked as it was a weekend. One option was to skip the south France trip and just take the train to Grenoble after 3 days, which was the only available option. Or, option number two, which was to extend our car rental and drive to Nice. It was 6-7 hours drive, but we would be in Nice the same day we had planned and we wouldn't need to alter any other reservations.
So, of course, we picked option two. We had to pay a couple of hundred euros extra for returning the car in another country, but it would save us more in reservations and re bookings.
We drove through southern Switzerland, near Mont Blanc, and norther Italy, close to Turin. The drive and the tunnels are a beauty. Its amazing how the bridges have been built connecting mountains and tunnels have been built cutting right through these giant mountains. It was an adventure as it was unplanned, but good thing was, we made it. We were in Nice at midnight and driving through narrow streets and one-way alleys of Nice was a challenge we hadn't signed up for. Luckily we found street parking as we had to return the car the next day, we didn't have a hotel with car parking.
Haash! A long day, but we reached Nice!

Plan was to bike to Monaco. Sumit had found a bike rental shop in Nice and he left early, around 8 or 9 am to return the car and rent a bike as soon as he could in the morning. He was planning to bike to Moncao and I had plans to meet him there and spend the day with him in Monaco.
More details about biking to Monaco and the city are here on the Monaco blog page.

We returned in the evening and spent time in Nice. We were staying at de la Fontaine. Tiny rooms, but thats what we could manage with such late reservations. Location was good with respect to the train station, Gare du Nice Ville was only 15 minutes walk.
Walking along the beach in the cool evening breeze is definitely a memorable experience. Lot of food carts, caricature artists, crepieres along the beach. The city side of the street, Promenade du la Anglais has a lot of hotels and casinos and plenty of restaurants to pick from. You can spend a few days here easily, without getting bored. Its a crowded city, so don't rent a car and prefer Uber or walking around. We had dinner at a really good Lebanese restaurant, Ya Habibi.
True to its reputation of opulence, there was a Lamborghini parked right outside our restaurant and it was a picture-worthy moment to have dinner with a luxury car casually parked right behind you on the street.

Plan for the day was to visit Cannes, spend some time in a beach town, and we chose Antibes and then head out to Lyon from Cannes in the evening.
It is a 30 minute train ride from Nice. Given the town is popular due to Cannes Film Festival, it is crowded with tourists. We left our luggage at the luggage storage right outside the train station (very convenient!). Now we had our days packs and were ready for the day. This town has quite a few private beaches and also public beaches. We chose to first walk straight to the theatre with the red carpet to take our pictures there. The theatre is actually a convention centre, Palais des Festivals et des Congrès. The town is small and walkable. There is also a gallery next to it which has displays of movie stars who are regular a the film festival. After posing for pictures and feeling content, we headed to the beach right next to it. It was still quite sunny, so we thought of going to Rue D'Antibes for some shopping instead.
Pretty little walkable town with small cathedral somewhere in the middle. The shopping was fun and I went crazy at Mango store as we don't have many of those in US and they had an awesome 70% discount going on! Yayy! Grabbed a bite sometime in between all of this.

Next up was Anitbes. It is 15 minutes ride from Cannes. A cute little beach town. But, while on our way to train station, we realized that Sumit had forgotten his biking jersey in the hotel room as it was drying in the bathroom! It was his IronMan Canada jersey, so we couldn't leave it behind. Hence, we went all the way back to Nice, got the jersey and came back to Cannes and then headed out to Antibes.
I always have stories from our trip, don't I?
Anyhow once we reached Antibes, we picked a beach to go to from many beaches listed online. We went to Plage LaGrauppe. We took an Uber from the station to get to the beach. Loads of activities at the beach and an Italian restaurant with private showers to offer. Its a lovely coastline here. I would advise you carry or rent an umbrella here as it gets super duper hot. There is a Picasso gallery here which we didn't have time to visit, but it did sound interesting.
A few hours and we were off to Cannes to get on our train to Lyon now. Train was super comfortable and so glad we chose to ride the train instead of driving. Fours hours just flew by. We reached Lyon and we staying at Ibis hotel close to the train station. Tiny rooms, but comfortable. Luckily we reached just in time to watch the FIFA semi final of Croatia vs Russia extended thirty minutes and the penalty shootout.

We had a full day in Lyon and I was ready to explore. First we got our rental car and drove to the old town area. We first headed out to Bellacur. After parking our cars, we just used Google maps to explore the city. We first took the funicular up to the church Fourviere. Beautiful church and it offered lovely views of the city from the hilltop. Must do. The ride, the church, the views, a perfect thing to do in Lyon. Next, we were roaming around Vieux Lyon (old town). Visit the Church Saint-Jean-Baptiste. Just roaming the streets was a lot of fun and we decided to stop by one of the shops to get some Onginon pies. It was pretty good. I had been quite skeptical about french cooking, but this was good. Next, I just had to try some crepes and coffee. I mean, I was in France after all!
Here is a link to the walking map that will help.

In the evening, we headed out to Grenoble. First up, we went to Inria. It was about time I got to see this place. What beautiful location. Surrounded by tall mountains. Being a weekend, we couldn't get in. But was totally worth the visit. We drove around the city first and then headed out to Fort Bastille, but the roads were so narrow that we ditched it. If you intend to go, must take the funicular/gondola. The town is super cute and a great place to spend a few laid back days. We ate at a really good Indian restaurant, Bombay. Then we drove around the old residence and then to the old town. We were staying at beautiful hotel, in the lovely old town area. Since we had to park, we had to drive around a few loops to find an overnight parking spot. The old town area had some good restaurants and a lively ambience.

Early morning we left for Sanit Michelle and headed straight to the bike rental shop, Velo rental. This is a village at the foothil of Alps and a good starting point for very interesting bike routes. Some of the bike routes around are also a part of Tour de France routes. At 9 am, we were at the shop and Sumit got his bike and was ready to head out.
I had to kill 6 hours ahead of me. I spent that time arguing with a waitress who wouldn't understand English or sign language, offering Swiss Francs to pay for food, and completely forgot I needed Euros in France, and also struggling with a public toilet that self cleaned every few minutes and if you were inside, it meant, you would get drenched, and yes I did. I kept myself fully entertained for those six hours while Sumit was burning calories and riding up Col du Galibier.

Around 4 pm we headed back to Lyon for our train to Paris at night. We were stuck in traffic first and then, had a tough time refueling our car beacuse it was a diesel and the nozzle type wasn't available at all gas stations. Luckily we made it in time at the station with full TEN minutes to spare before the train! Whew! it was an adventurous day for sure. But we got on our train back to Paris and on our flight back home.